Play On: Q&A with USWNT and NWSL Player, Becky Sauerbrunn

Huw Williams ask Becky Sauerbrunn a series of questions in our first Play On interview. 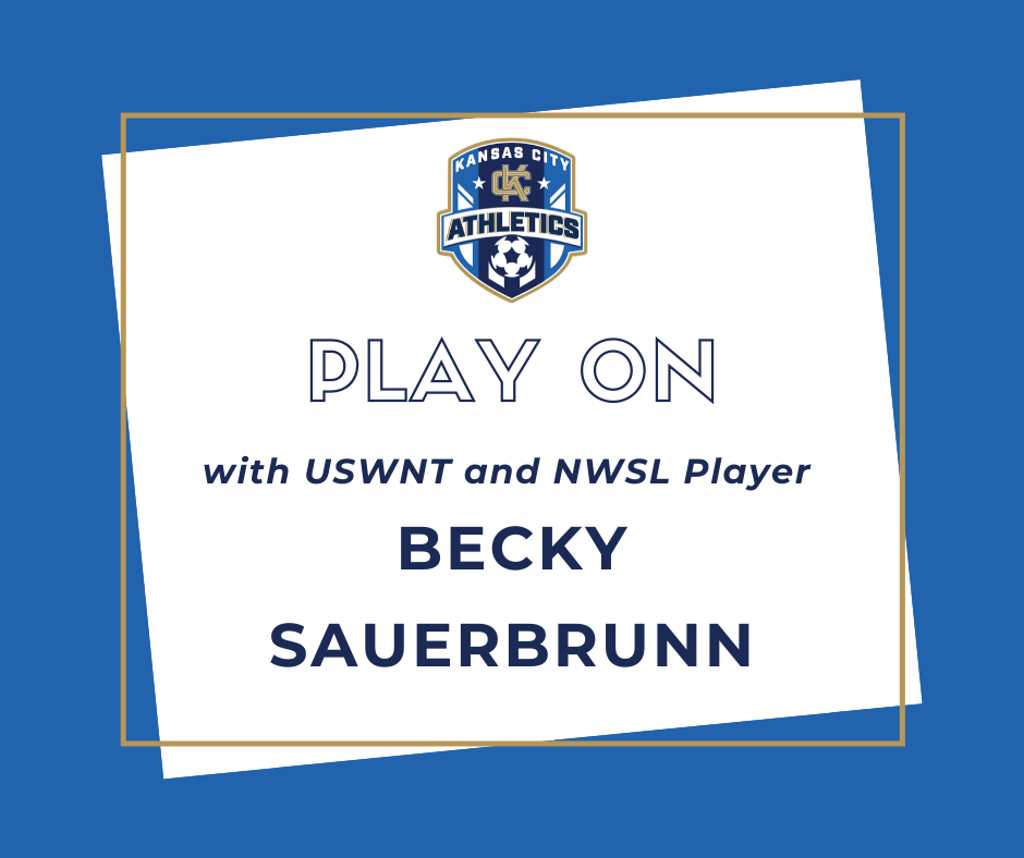 Becky is a 3x World Cup participant and a 2x World Cup Champion. She plays as a defender on the USWNT. In the NWSL, Becky played for FCKC from 2013-2017, Utah Royals from 2018-2019 and recently joined the Portland Thorns. She has won NWSL Defender of the Year four times: three times in a row while playing for FC Kansas City and once with the Utah Royals.

First of all, can you share how you are keeping safe during these challenging times?

After the national team competed in the SheBelieves Cup I flew immediately home to Portland, OR. Zola (my boyfriend), our cats and I have been practicing social distancing from the outside world for the past ten days. We get our groceries delivered, we Lysol wipe down any packages that come to the house, and we wash our hands constantly. The only time we leave the house is to venture to a local field where we can kick the ball around and I can get my running in.

Who is your favorite ever GM/assistant coach from Wales?

I've only had one GM/assistant coach from Wales so it's a pretty small pool to choose from.

Seriously, you and Vlatko have been reunited after enjoying great success with FCKC how excited are you with his hire?

I am extremely excited for the future of the national team program with Vlatko as the head coach. I, personally, know how well he can bring together a team with a strong identity and work ethic. I had him in Kansas City for five years, that's a lot of training sessions! It's been fun watching my national team teammates go through these trainings and learn new skills or train skills in different ways.

Are there any obvious changes in the direction he is taking the team?

Vlatko has been careful to not change characteristics of the team that have made us historically so strong. Our ability to go 1v1 on the flanks, our attacking transition, our ability to high press, these are all aspects of the game he knows we're strong in. I think the areas he's made the most progress in is our organized defense in lower blocks, building out of the back, playing through the lines, and defending in the box.

I have always considered you a player who anticipates play very well. What do you attribute that ability to?

Well, thanks, first off. I attribute my reading of the game to a few things. I played with boys for a large part of my childhood. When they got a bit faster and stronger I needed to get a bit smarter. I learned how to put myself in the best possible space to make plays on the ball. I learned what angles I needed to approach a player to force them to go the direction I wanted them to go. As I got older, I started watching more and more film of other teams and how they run their backline, and how the best defenders and backlines could literally force teams into pressure pockets and not have to make a single tackle because they could intercept the pass.

If there were 2 most important traits for a defender what would you list them as?

Problem solving - you know where you need to put yourself and the people around you to protect your goal.

That's an impossible question! 2015 was satisfying because we hadn't won a WC since 1999 and our backline received so much praise for staying strong the entire tournament. 2019 was so satisfying because we had to play the best teams in the tournament in order to win. Playing France in France, in Paris of all cities, on a Friday night, in the quarterfinals will go down as one of the most difficult but most exhilarating games of my career. And then to follow that up with England in the semi-final? We had a tough road and really earned that championship.

You were recently traded to the Portland Thorns. Why is this move important to you?

I've played my entire professional career for cities where I do not live, traveling between two parts of my life. My boyfriend and I have been in Portland for almost six years now and when the possibility of a trade became real, I took the chance. It's a rare occurrence when a professional athlete gets to play and live in the same city and I'm so thrilled I have the possibility to do so.

How about those Thorns fans?

When I received a bouquet of roses on my doorstep welcoming me to the Thorns I knew this was going to be a special group to play for. Everyone knows how amazing the supporters are here in Portland, the energy in the stadium is like nothing else in the league. I've been playing against the Thorns and their fans for seven years, it'll be nice to be cheered rather than heckled!

I would rather not allow a team to score a single goal against the Thorns or the USWNT. If I wind up scoring for either, it's icing on a cake.