But before they got to this game, they had to overcome significant hurdles along the way.  One of those hurdles was injuries.  Hayden McWilliams, a forward and defender for the team, tore her ACL two seasons ago.  She worked her way back onto the field last season only to end up tearing her other ACL during a winter league game.  As a result, she was unable to play with the team during the 2021 Playoffs.  Then there was Shelby Kindt, another forward for the team, who injured her LCL during a scrimmage just a couple of weeks prior to the playoffs, forcing her to miss the postseason entirely.  Lastly, Maddie Gemeinhardt, a defensive midfielder for the team, was able to play in the Group Play round of the playoffs but due to unforeseen circumstances, couldn’t travel with the team to Richmond for the Finals.

Thankfully, the team was able to pull 4 additional players up to join them for postseason play.  First there was Kaiya Rickard, a tenacious player from the KC Athletics Academy Elite 07 ECNL team who played all three positions during the playoffs: defender, midfielder, and forward.  Then there was Mary Long, a speedy winger also from the KC Athletics Academy Elite 07 ECNL team who contributed multiple goals during the playoffs, including one where she did a spot-on Karate Kid crane kick volley out of the air and into the back of the net.  Next was Greta Likens, a dynamic midfielder from the KC Athletics Academy Premier 06 team, who agreed to fill in at the last minute in Maddie’s absence and was battling a cold the entire Finals.  But she refused to let that keep her down and demonstrated what it means to persevere as she provided key support for the team throughout the Finals run.  Last, but not least, was Mo Carnahan, a strong and tall forward who had played for the KC Athletics Academy Premier 06 team during the regular season.  She had numerous contributions during the Playoffs including a late game- tying header goal against VDA in group play as well as a chip back across the face of the goal in the final seconds of regulation that resulted in the winning goal.

As for the rest of the team, it was truly a group effort throughout the playoff and finals.  The team scored a total of 23 goals while allowing just 7 goals.  Keepers Brilynn Mueller and Emma Lintecum did a phenomenal job tending the nets.  Specifically, Emma came up with a huge 1 v 1 save vs the striker of Western NY Flash after she had beaten the defensive line and was trying to dribble around Emma for the goal.  But Emma timed her dive perfectly and snagged the ball away from the striker, keeping the game tied right before halftime, which prompted a 5-0 second half run from KCA for their first win in the Finals.  Brilynn was the keeper in between the pipes when the game went to PKs vs World Class Football Club.  She made a tremendous save on their second PK attempt and the third attempt went wide.  Meanwhile, KC converted on 4 of their 5 attempts and won the shootout 4-3, sending the team to the Championship game.

The defensive unit has been solid all year, recording multiple clean sheets and strongly improving on their ability to play out of trouble through the back.  Outside backs Avery Rasmussen and Lilly Reuscher demonstrated toughness and intelligence out on the field, as well as unbelievable endurance as they were called upon to be involved in attacking plays as well.  Center backs Bella Haggerty, Dory Latenser, and Caitlyn Toubia served as brick walls against numerous opponents’ attacks and made life very difficult for any forwards that invaded their space.  Haggerty was also dealing with an injury she had picked up during the playoffs, but she did her best Kerri Strug impersonation and competed on one and a half legs for the full 80 minutes during the Championship game.

The midfield featured some of the most talented players on the field as Bella Smith, Anisten Cabantac, and Devin Monahan worked endlessly to win the ball and keep it for KCA.  From Devin winning no fewer than 10,000 headers throughout the playoffs to Smith and Anisten showing numerous instances of brilliance on the ball that either finished as goals for themselves or set-up goals for others, the midfield played a key role in every game as they each ran many miles and played numberous minutes in some hot and humid conditions.

The forwards Berlin Butler-Swanger and Lily DiBernardo were called upon to do a lot of dirty work.  Berlin specialized in using her powerful frame to receive the ball, shield off defenders, then play wide or turn and have a shot herself if the opportunity presented.  Lily was tasked with using her blazing speed to run box to box, helping create goals and prevent goals.  Both did incredible jobs.

While it would have been easy for the team to have resigned themselves to a loss and being satisfied with having just made it to the Championship game after going down 1-0 in the second half of the final game, the team showed their true character by continuing to play until the very last second.  Vasil and Stefan put on a master class in coaching as they served as a perfect yin and yang for each other.  While Vasil was passionately demanding each of the girls to give it everything they got, Stefan was providing the additional encouragement needed to muster that last bit of energy and determination.  The end result was a team that overcame a ton of adversity, continued fighting, found the back of the net with just 37 seconds remaining in regulation, survived an additional 4 minutes of stoppage time, and ended up raising the Championship Trophy for all of KC Athletics! 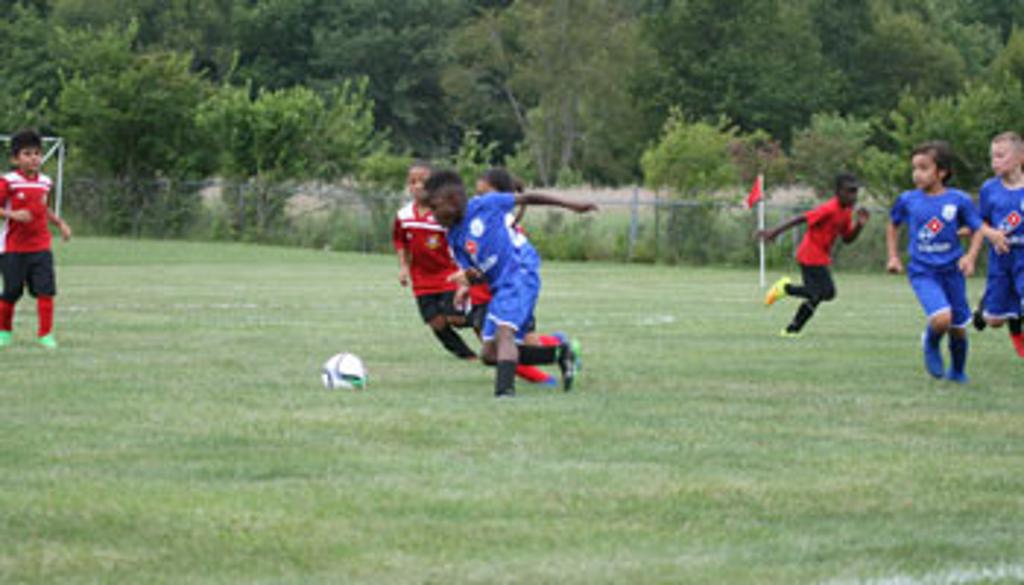 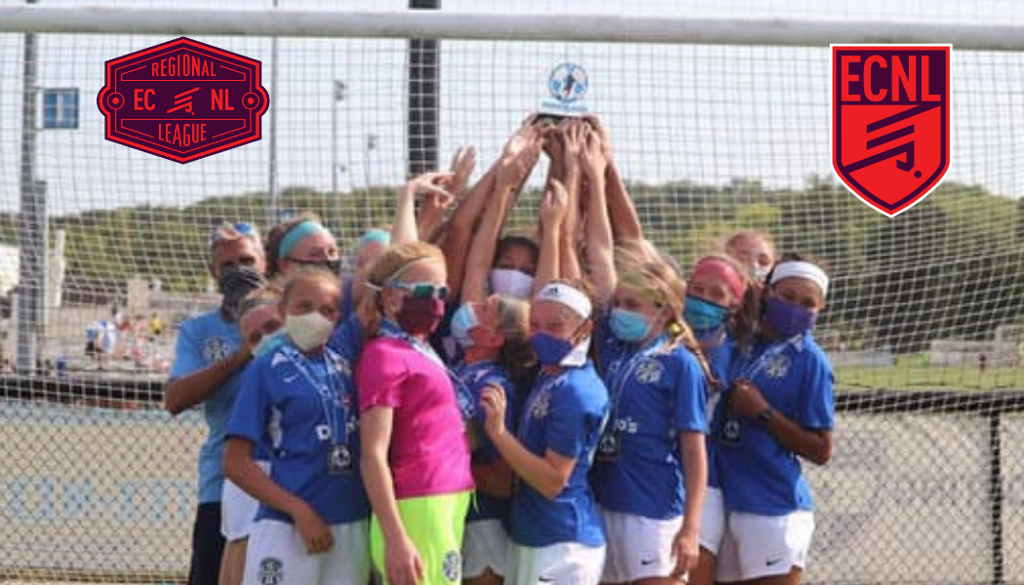 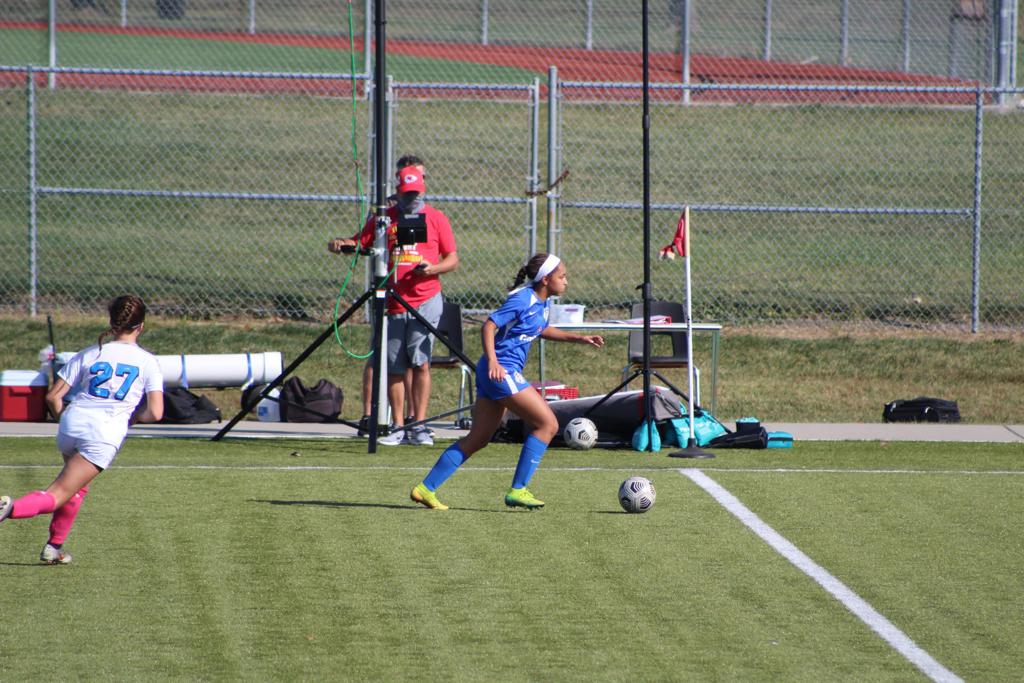 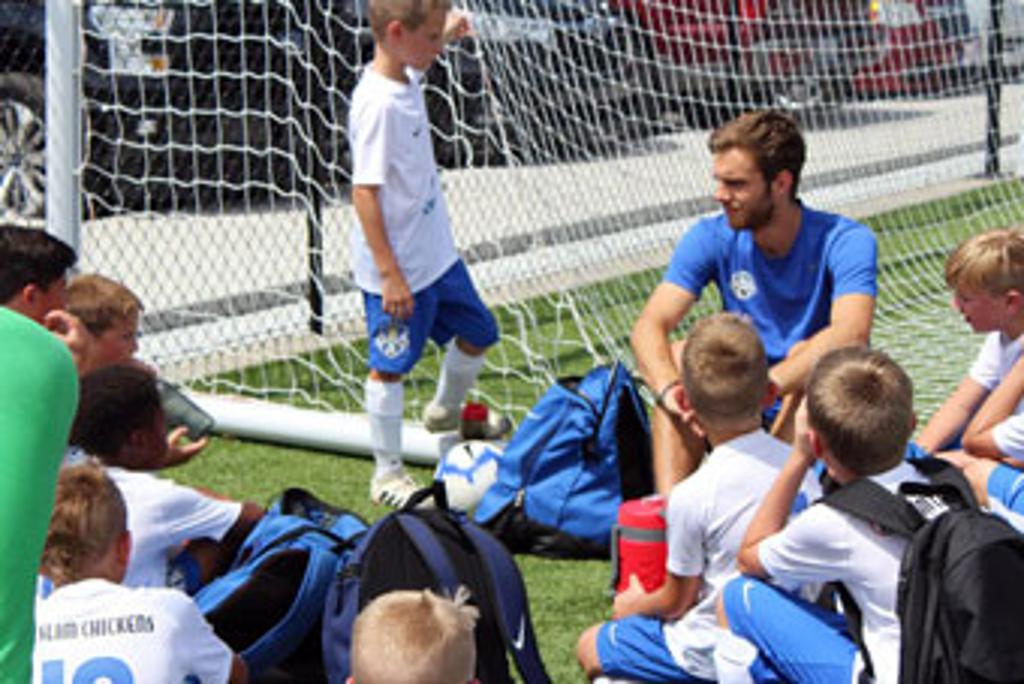 Enhance your player's skill set with multi-day or session based training. 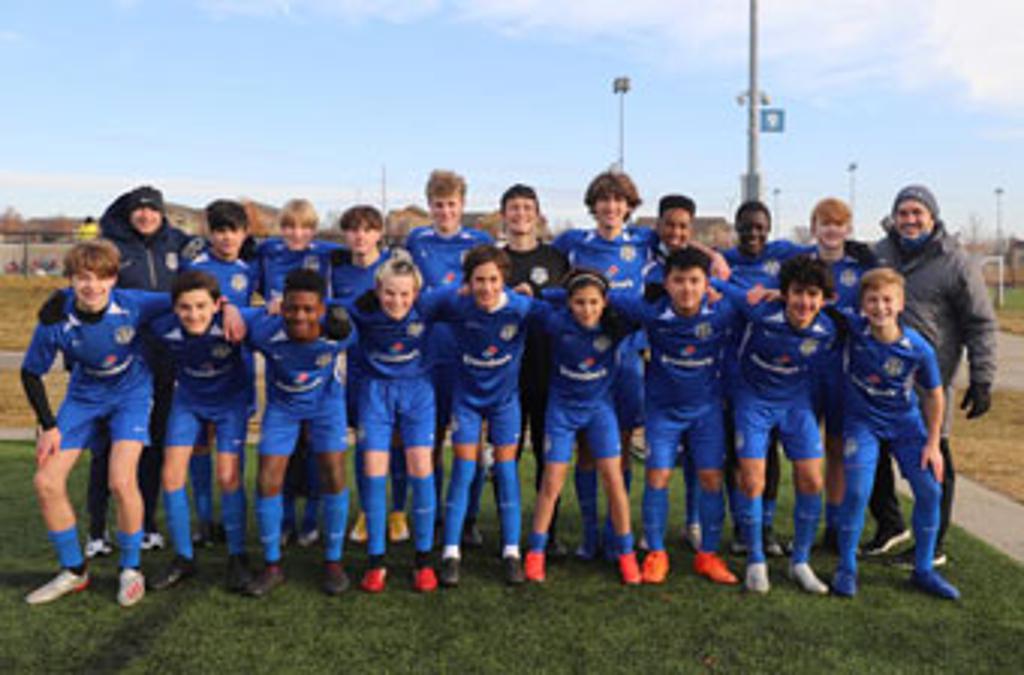 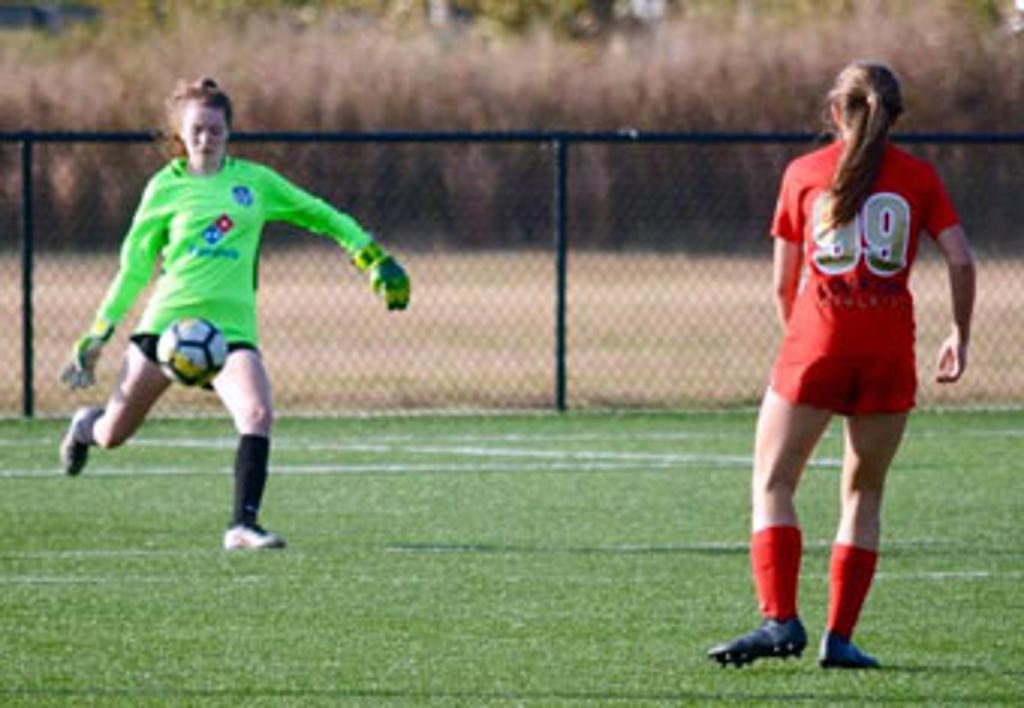 Get your keeper the specialized training they need from experienced coaches. 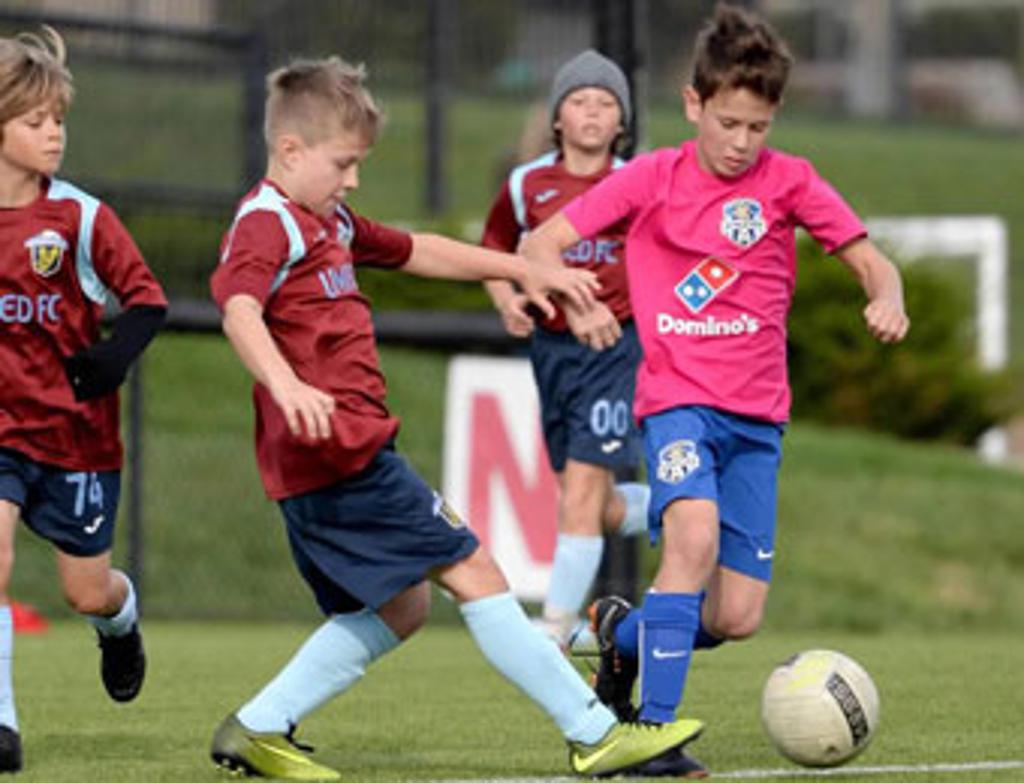 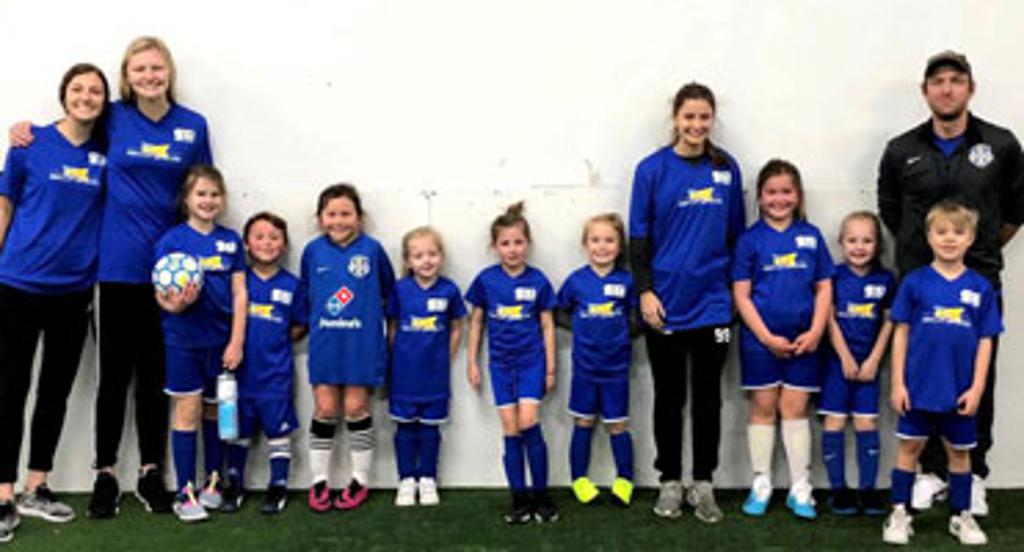 Become a part of the KC Futsal League